This is the final place where I dropped out all my sufferings. A distant family member was ready to marry Ambika Biswas, a young lady who is a native of Uttar Pradesh suffering from filariasis for years. The couples anxiety about the hereditary chances of the disease, painfully led them to decide not to have a child. They aborted four times and later on totally avoided sexual contact to avoid pregnancy. I learnt this when I was educating them about the disease and our integrative treatment during counseling. After that they realized the fact and they were repenting about their action, at the same time they were able to dream a hopeful future. She was not able to climb the steps when she came to IAD first. Due to the foul smell and the fear about the disease transmission, relatives, neighbors and friends avoided her contact earlier. Even she avoided touching her own limb due to ugly appearance, nodules & discharge. After the 14 days of treatment at IAD she got good relief. The volume reduced considerably and the nodules shed out completely. During her follow up visits she told this is the final place where I dropped out all my sufferings. She expressed her wish to publish her own story in North India for the benefit of other sufferers. The couple is expecting a baby soon. She is happy doing her routine at house and office. 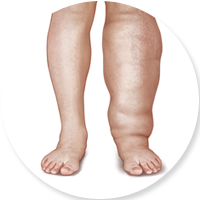 Get Consultations with our experts

Institute of Applied Dermatology, Kasaragod, have successfully developed a model of integrated medicine

IAD – A Hope Beyond Boundaries

Never Fear Filariasis, we care for you

Prof. Mortimer talking about Inclusion of Ayurveda and yoga in Integrative Medicine